Raleigh North Carolina is a thriving city with historic architecture, unique culinary options on every corner and a thriving nightlife. It also has quiet suburban neighborhoods with access to city parks and great schools. Take a look at these unique neighborhoods and the varied lifestyles they provide.

Inside the Beltline Neighborhoods

What exactly is The Beltline? To the locals, Interstate 440 (I-440) is known as The Beltline. I-440 is a 16.4-mile-long (26.4 km) partial beltway that nearly encircles all of central Raleigh. Inside the Beltline refers to all the neighborhoods inside the beltline including downtown Raleigh. 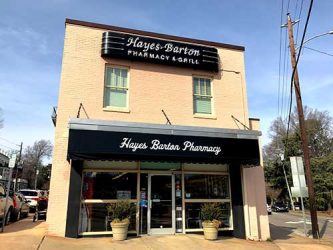 Five Points is so named for the confusing intersection of Glenwood Avenue, Fairview Road and Whitaker Mill Road — just northwest of downtown, where a cluster of small neighborhoods converge. It has urban flavor. The intersection features bars, funky restaurants, boutiques and an independent movie theater. Pockets of shops featuring restaurants and services such as dry cleaners are scattered among homes. Skyscrapers can be seen from some backyards; multi-story condo projects are planned. But its tree-lined streets offer easy access to downtown and North Raleigh.

To the west of the intersection, there’s the Tony Hayes Barton section, where the elite vies for 90-year-old homes with big porches, spacious lots, and lavish landscaping.

To the north is Bloomsbury and Vanguard Park, which feature more modest bungalows and cottages, of which many have been expanded and extensively renovated.

To the east are Roanoke Park and Georgetown. Georgetown features tiny ranch houses built in the late 1940s and 1950s and cottages on generous lots, where young couples are renovating, expanding or building anew. 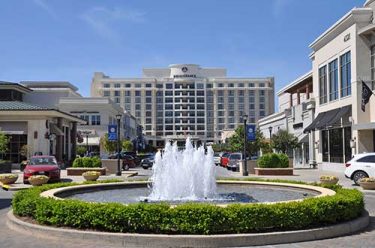 Once a far-flung Raleigh suburb, North Hills has emerged as the city’s new “Midtown.” And while some crusty locals refuse to accept that recently adopted moniker, it aptly describes what is the edge of old Raleigh to the south and the gateway to the new subdivisions to the north.

Situated at Interstate 440 and Six Forks Road, the area rose to prominence in the 1960s with ranch homes surrounding an enclosed regional shopping mall. In the past decade, developers tore down North Hills Mall and replaced it with a walkable, open-air mix of offices, shops, restaurants, hotel rooms, and homes. The renewal has sprouted on its edges. Ramblewood, a new-home community that includes townhouses, flats and garden homes, featuring terracotta roofs and price tags pushing north of $1 million, took the place of a wilting apartment complex. The activity has spurred a renaissance in nearby neighborhoods, where spacious ranch houses on generous, tree-filled lots from the 1960s-70s Brady Bunch-era are being renovated or replaced with bigger homes. 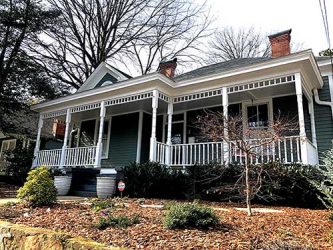 This neighborhood rose east of downtown after the Civil War. Today, it is a historic district featuring hundreds of homes — from grand Victorians built in the late 1800s to modest bungalows of the 1920s. Many have been carefully restored. The neighborhood is popular among movers and shakers in city or state politics, and with a growing core of private-sector downtown employees.

Oakwood’s popularity has spurred renovations and teardowns just outside the historic district, which have become popular with first-time homebuyers and young couples looking to move into something bigger — not farther — from downtown. Some of those areas, however, come with the stigma of high crime. 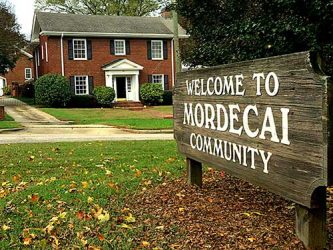 Located just northeast of downtown, Mordecai Place Historic District is loosely bounded by CSX Railway to the west and north, Old Wake Forest Rd. to the east, N. Blount St. to the south and Oakwood Historic District to the southeast. The name Mordecai Place commemorates the location of the early-twentieth-century residential development of the former estate of the Mordecai family whose late-eighteenth and early-nineteenth-century house still stands within the southern portion of the neighborhood. The district also includes the birthplace of America’s seventeenth president, Andrew Johnson. 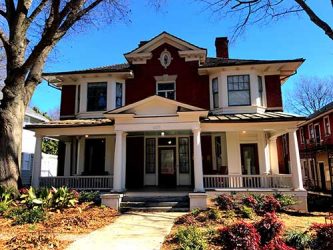 In 1907, the heirs of William Montfort Boylan sold his mansion and its surrounding one hundred and eighty acres to the Greater Raleigh Land Company marking the birth to one of Raleigh’s first 20th-century suburban neighborhoods, Boylan Heights. The neighborhood is loosely bounded by W. Morgan St. to the north, Florence St. and DuPont Circle the east, Dorothea Dr. to the south and CSX railway to the west. Houses throughout the neighborhood represent a number of architectural designs including Colonial Box, Queen Anne/Colonial hybrids and one-story wood frame bungalows.

Pedestrian in mind, the scale of Boylan Heights, originally established by the sidewalks, streets, trees and service alleys, is still maintained and the wide, curving sweep of Boylan Avenue from Montfort Hall presents an avenue of trees and receding house facades. This sort of grand entry focuses the neighborhood in a way that is found specific to Boylan Heights. Its maturity and simplicity, and its housing stock reflect the original owners and their ambitions to have a place of quiet and security in the city.

One-hundred and ten acres of the Cameron family estate were divided and improved in two phases between 1910 and 1927 marking the beginning of what now is called Historic Cameron Park. Roughly bounded by St. Mary’s St. to the east, Hillsborough St, to the south, Oberlin Rd. to the west, Peace St. to the north and wedged between Boylan Heights and Glenwood-Brooklyn, Cameron Park completes the western border of downtown.

Cameron Park has an architectural fabric that derives from an underlying consistency from the persistence of the same house types found in the preceding neighborhoods of Glenwood-Brooklyn (1905) and Boylan Heights (1907). This is reflected largely in the predominately large colonial, classical revival and neo-Georgian homes with some picturesque bungalows. Other influences include Mission style and Tudor-Revival. 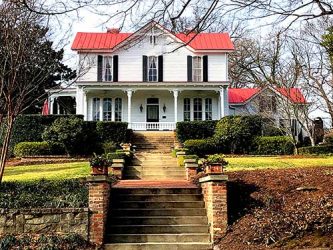 The incorporation of the Glenwood Land Company in May 1905 marks the beginning of Glenwood-Brooklyn Historic neighborhood. The Glenwood-Brooklyn area was the first of several neighborhood developments that launched Raleigh’s western and northern expansion during the early twentieth century. Although conceived between 1905 and 1907, the basis of architectural significance has been extended through 1951. The neighborhood occupies approximately 80 acres of land and is roughly bounded by Fletcher Park to the north, St. Mary’s St. to the west, N&S Railways to the east and W. Peace St. to the south.

When development commenced in 1907, the vernacular and Victorian genre known as the Queen Anne style, dominated the domestic architecture of the region along with the few working-class house types known as the shotgun. Craftsmen and Colonial Revival style houses also are found throughout the neighborhood laying the architectural foundation for the shortly followed developments of Cameron Park and Boylan Heights.